Sushi Served With A Side Of Adrenaline: How To Sample Fugu And Not Die!

Sometimes it is not enough to tempt fate when you try new foods. Sometimes, you have to reach for the truly dangerous food to truly appreciate the chef's artistic form. Sushi in and of itself is amazing, and certainly, raw fish is not for everyone. However, the true delicacy of these elegantly-styled rolls, sashimi, and sushi is actually the potentially lethal fugu. Here is how to enjoy sushi with a side of adrenaline and not die.

Ask to See the Chef Licensed to Serve Fugu

Fugu, also known as puffer fish or porcupine fish, has organs in its body that carry the neurotoxin to its spines when it puffs itself up. The sushi chefs that serve fugu must be fully licensed and have no less than three years' training in how to prepare this fish. As such, you have the right to ask to speak to the fugu chef. Ask to see his license and credentials before you order this dish. One small cut or poke to the poison sacs in the fish's body, and the meat is tainted; it will kill you. Ergo, ask to speak to your chef first.

Only Eat Fugu Prepared by These Chefs

Americans like to just pop large pieces of food in their mouths without thinking. When you sample fugu, despite the fact that you found a licensed fugu chef, you should still take extremely tiny bites. There are cases (albeit rare), where people took the tiniest taste of ill-prepared fugu but survived because A) the bite of the meat was extremely small, and B) the sushi restaurant was located very close to a hospital where great measures were taken to keep the victims/patients alive.

Monitor Yourself for Symptoms

If you take this chance, you should not be affected if you have taken all of the above precautions. However, you can still monitor yourself for symptoms which include a rapid heart rate, numbness in the lips, throat, and tongue, and a mildly elevated temperature. If any combination of these symptoms somehow do appear, you will feel it somewhere between three and twenty minutes after your first nibble of fugu. 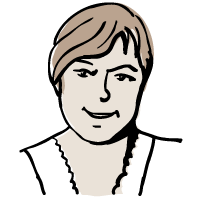